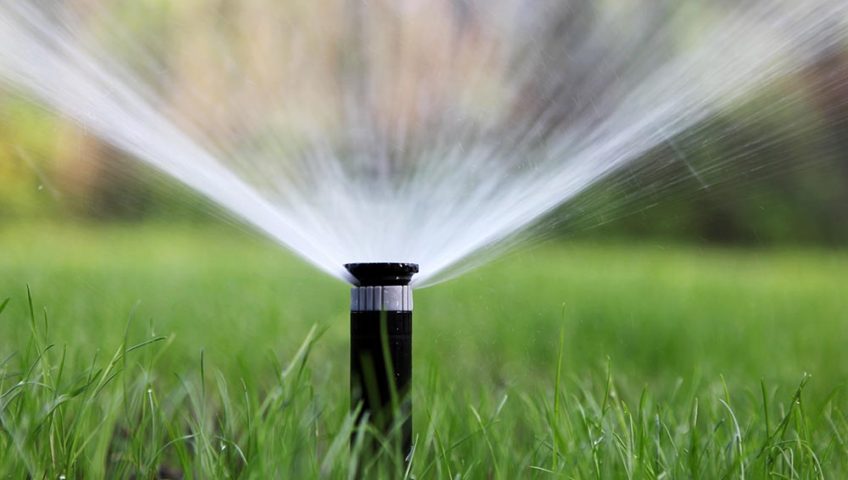 There’s no question that panic may set in if you realize your sprinkler system isn’t working correctly. In the middle of summer, there is no question; this is a real emergency that requires quick attention.

It doesn’t take very long for a healthy green landscape or lawn to turn brown and die if it isn’t getting enough water.

The question is – how can you tell if sprinkler system repair is needed? The best way is to know some of the most common options that may occur, which are found below.

The Sprinkler System Isn’t Working in One Zone

If your sprinkler system isn’t working in one of the zones, it could be due to a broken valve or even a bad solenoid.

What is a solenoid, you may wonder? Each valve has one – it is a coil component that uses electrical signals from the irrigation controller to open and close every valve, allowing water to move through the system.

If the valve becomes damaged or worn out in a zone, or there is a bad solenoid, the zone won’t turn on.

The Sprinkler System Isn’t Getting Water

If your sprinkler system isn’t getting water, several things may be the cause. Some of the most common issues include:

The backflow is off. If the handle on the backflow valve is shut off, it will restrict the water from moving past the backflow and to the sprinkler system valves.

Sometimes, the issue isn’t your sprinkler system. Instead, your municipality may have turned the water off for repairs or because of reclaimed water being shut off during non-watering days.

Remember that solenoid discussed earlier? In some situations, the wires or connections may corrode or get lost. In some cases, the diaphragm could stick shut or break, which won’t allow water to move past the valve. This will prevent the system from turning on.

Your Sprinkler System Isn’t Turning Off

Have you noticed your water bill is suddenly higher than usual? If so, your irrigation system may be leaking water.

Some of the reasons that this could happen include:

If you notice any of the issues listed here, it is time to call the professionals for irrigation system repair. Our team at The IDL Company can find the issue and make the needed repair in a timely manner.